Veliky Novgorod, one of the oldest cities in Russia, is located in the north-west of the European part of the country. The main attraction of the city is the preserved complex of its medieval fortifications – the Novgorod Kremlin.

Located on the left bank of the Volkhov River, this architectural monument of federal significance as part of the historic center of Veliky Novgorod is included in the UNESCO World Heritage List. Photos by: Stanislav Konstantinov. 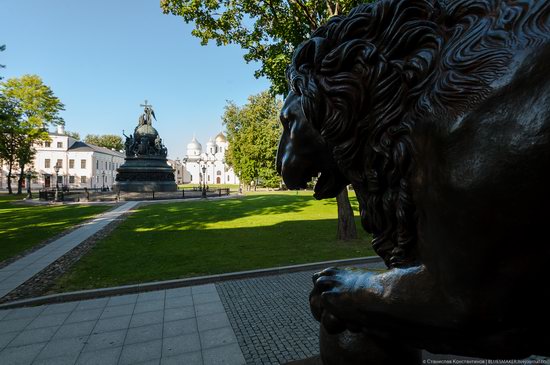 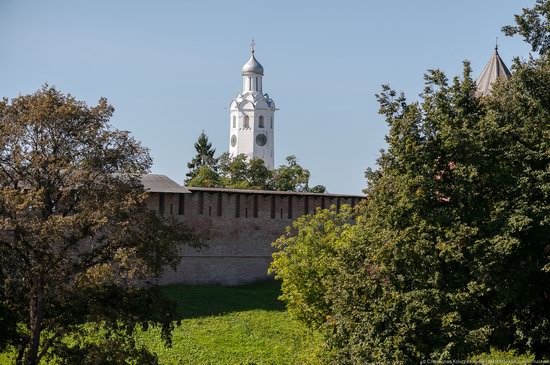 The height of the brick walls of the Novgorod Kremlin ranges from 8 to 15 meters, the thickness of the walls – 3.6-6.5 meters, 9 of 12 towers with a height of up to 41 meters are preserved. 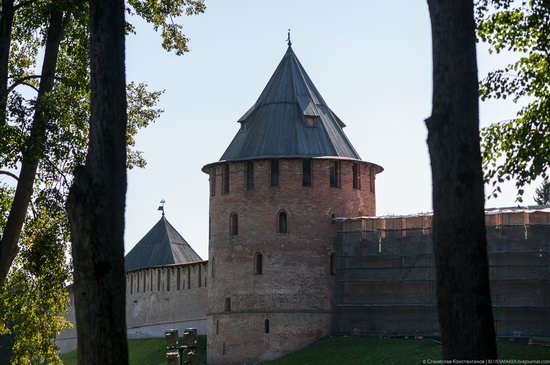 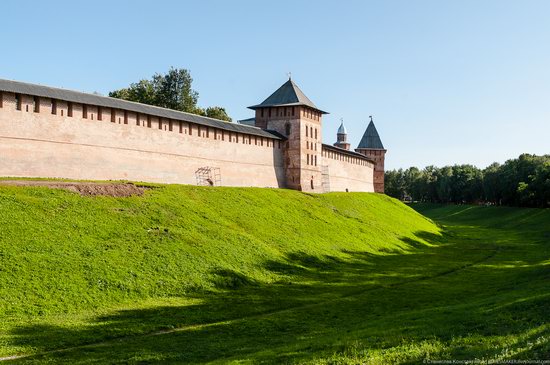 Entrance to the Kremlin of Veliky Novgorod. 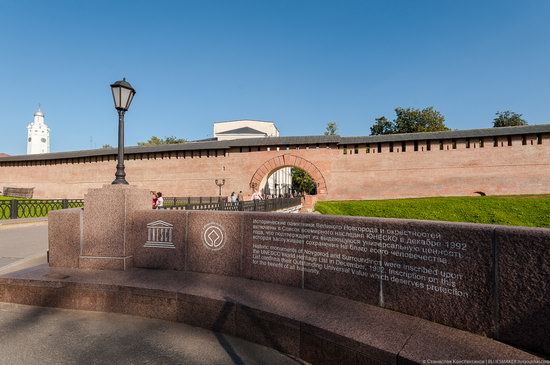 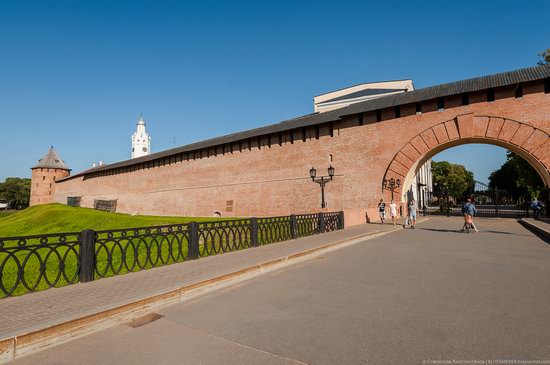 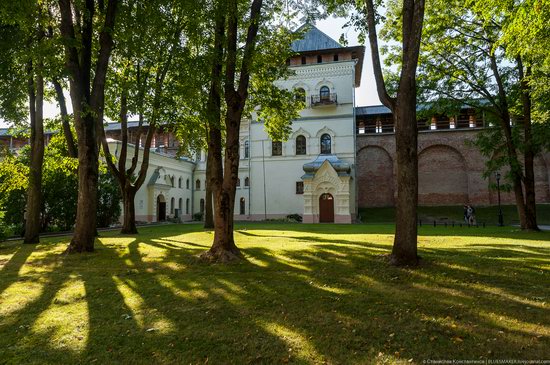 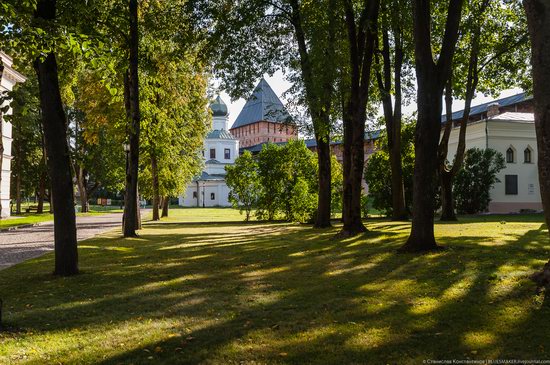 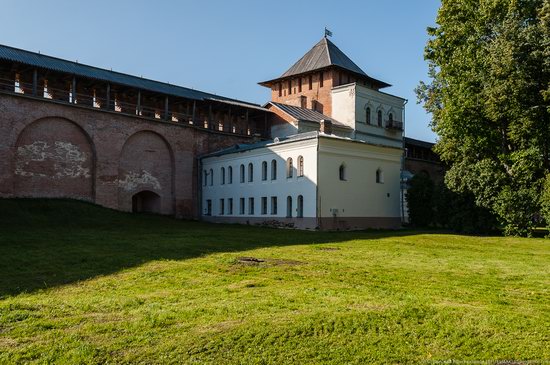 Church of the Intercession. 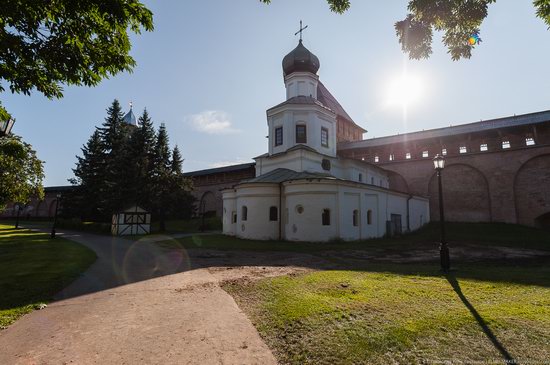 The tallest tower of the Kremlin. 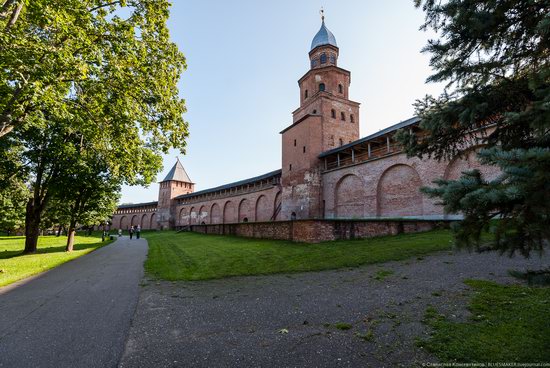 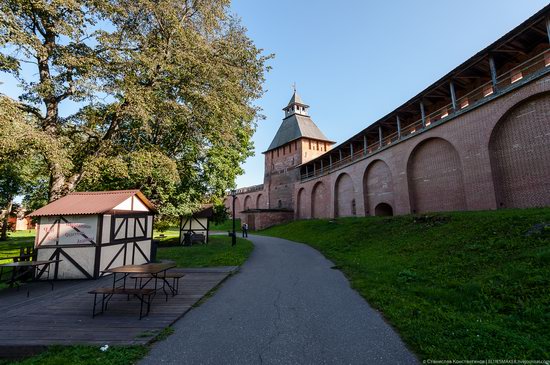 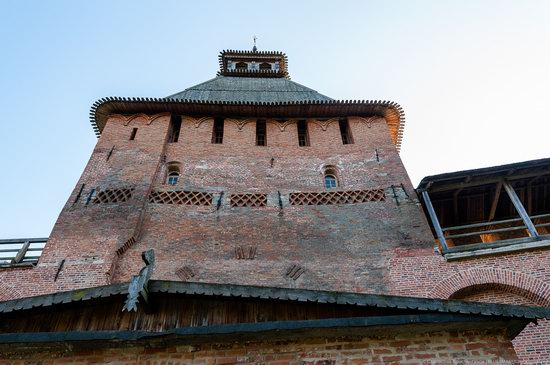 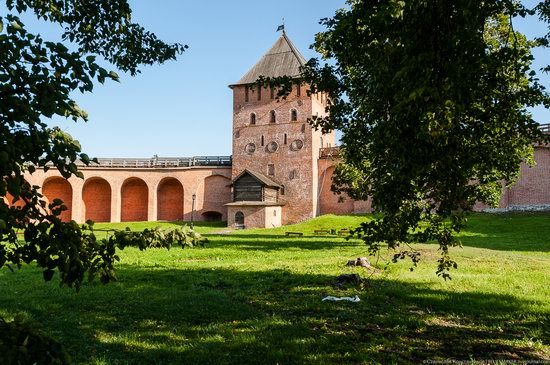 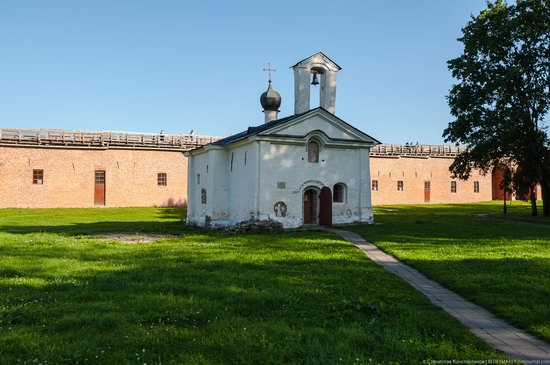 The main monument of the Novgorod Kremlin – “The Millennium of Russia”. It was opened in September 1862. In 862, according to “The Tale of Bygone Years”, the Vikings came to the Russian lands and began to rule there. 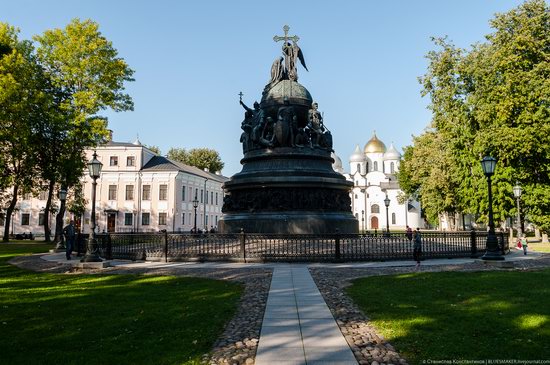 Not only the rulers of Russia are depicted on the monument, but also enlighteners (mainly church leaders), state people, heroes of wars, commanders, etc. In total, there are 129 figures on the monument. 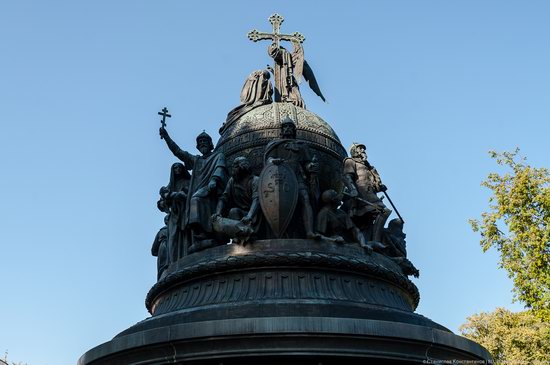 But the monument lacks such a famous Tsar as Ivan the Terrible as “punishment” for his ambiguous rule and the Time of Troubles that followed it. 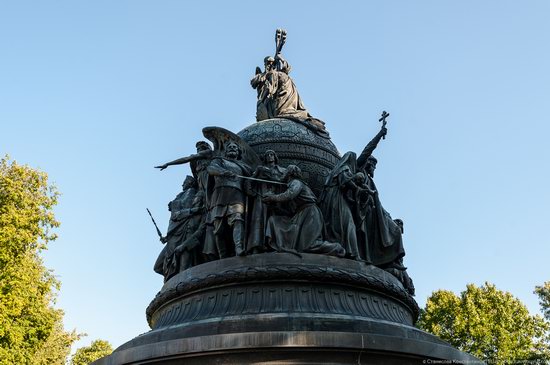 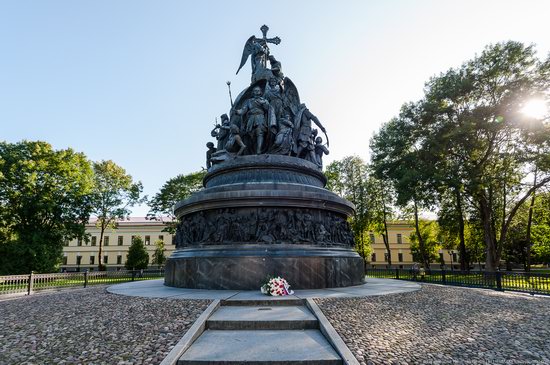 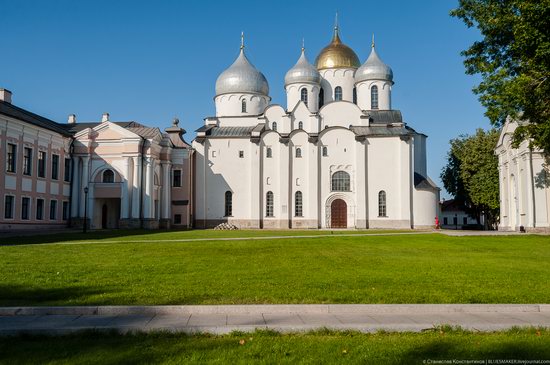 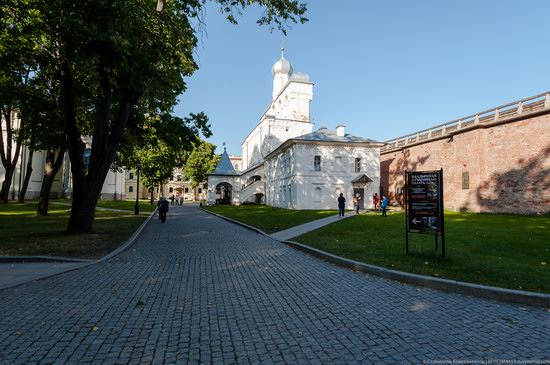 Entertainment for tourists at another entrance. 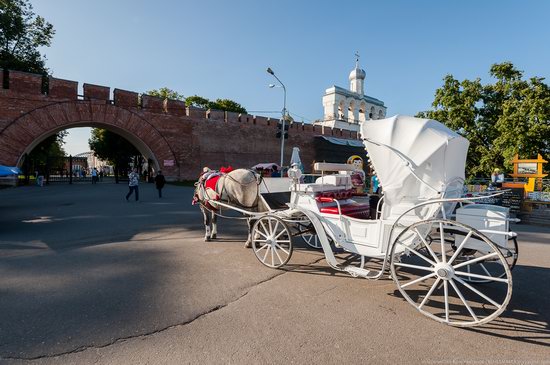 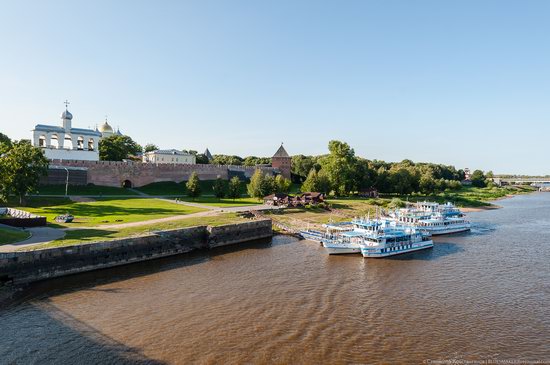 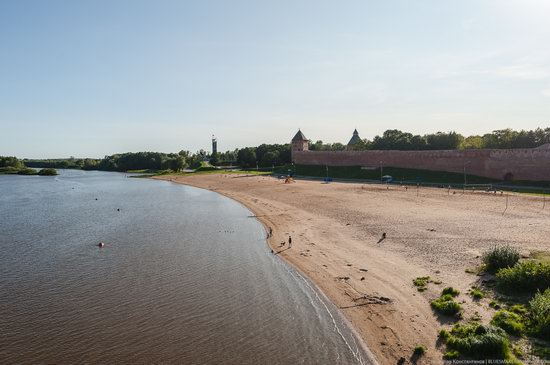