Top Russian foods you have to try

Explore the mouth-watering cuisine Moscow has to offer with these top 10 traditional Russian foods, or make them yourself using the recipes included.

Only a few dishes of Russian cuisine have received international renown, but the inclusion of both hearty and finesse foods in Moscow equally serve the needs of comfort and gourmet dining.

When temperatures can drop to -30°C during Moscow’s winter, it’s no surprise that Russian food is typically hearty, with potatoes, bread, pastry and sour cream featuring as common ingredients. Yet delicate smoked fishes, thin papery crêpesand red and black caviar are equal contenders in Russian cuisine. You may feel French influences show through in several dishes, although the Russian versions stand on their own merit and creation. Restaurants are not cheap in Moscow, however, classic Russian dishes are just as good from streets stalls and fast-food eateries as they are from high-end restaurants, although the latter do provide exquisite variations.

Top Russian foods you have to try

1. Borsch / Borscht (Originates from the Ukraine but will also be found in Russia)

This beet and cabbage red soup is a delicious belly warmer on Moscow’s colder days, served with or without meat, potato, herbs (usually dill) and a dollop of smetana, Russian sour cream. Accompanied with a piece of rye bread or garlic bread topped with melted cheese, this dish is hearty enough to serve as a meal, although it is usually eaten as a starter. A staple of Russian cuisine, it would be an offense to leave Moscow without trying this soup at least once– although its surprisingly tasty flavour will certainly leave you wishing you had tried more local variations. Other common Russian soups to try are ukha, a seasoned fish and vegetable broth, and schi, a cabbage-based broth. 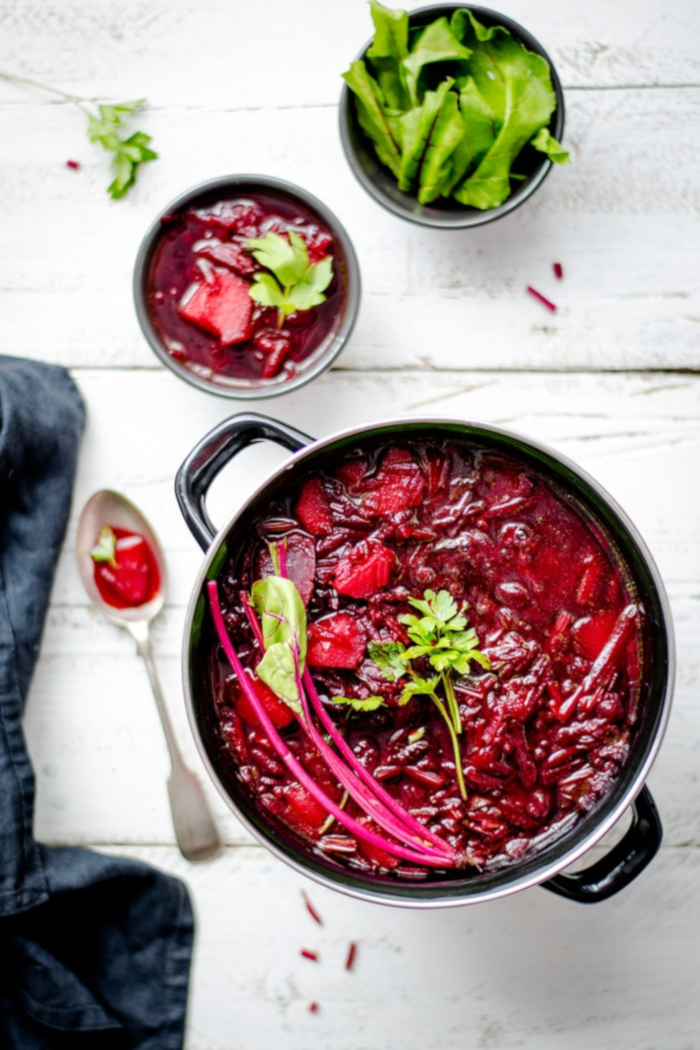 Blini are Russia’s version of the thin French crêpe and a staple on most Moscovian menus, typically made with buckwheat for savoury fillings or white flour for sweet toppings. You’ll see accompaniments of smoked salmon, creamy mushrooms, sour cream, jams and condensed milk– to name a few– but the high-end, revered combination is a spoonful of red salmon or black sturgeon caviar. Another tasty Russian pancake is the cottage cheese version called syrniki, a denser form of ricotta-pancakes, which are eaten for breakfast or dessert. They’re best served with homemade jams made from Russia’s large array of berries, although condensed milk, honey and sour cream are also served as condiments.

This hardly needs mentioning seeing as ‘Russian salad’ is one such dish that has spread internationally, and chances are you’ve tried a version in your home country. However, the Russian version is fresher and crispier with a light smattering of mayonnaise– quite the opposite to the ratio of the soft-boiled, mayonnaise-heavy international versions. This could be due to the use of fresh cucumber or crunchy Russian pickles, although the base of diced potato, peas, egg and mayonnaise/sour cream remains ubiquitous. In Moscow, however, it’s known as Olivier salad, named after the chef Lucien Olivier who created the ‘secret’ recipe there around the mid-1800s, although the original ingredients have been swapped for cheaper, more available foods. You’ll also find a variation of similar cold Russian salads that will equally vie for your attention. 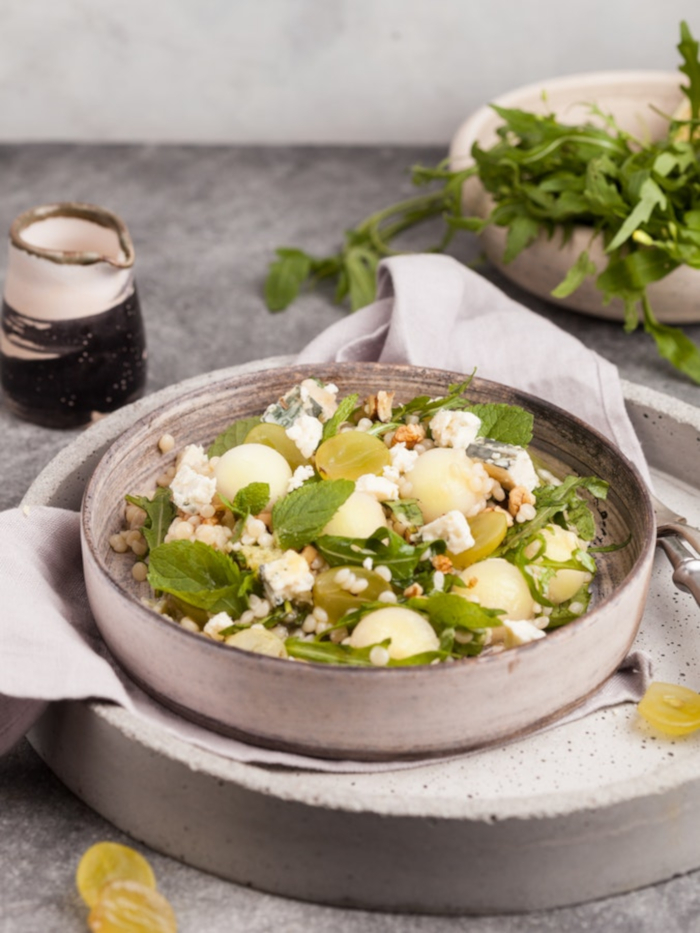 Smoked, salted and marinated river and saltwater fish feature widely in Russian cuisine, and are expertly prepared to have a delicate and fresh flavour. On menus you’ll typically find marinated or smoked salmon served alone as a dish or with pancakes, and salted herring served in salads, a typical one colloquially named ‘herring under a fur coat’ or shuba, which covers salted herring with layers of grated boiled vegetables, beets, onions and mayonnaise. Tartareis is also commonly found on menus in Moscow. Other common fish served in Moscow include trout, carp, zander, sturgeon and sterlet, also know as the Tsar fish.

If semi-raw marinated fish doesn’t suit your tastes, these roasted meats and fish on skewers are hard not to like. As the name suggests, this dish is a form of shish kebab, although the Russian version is served with chunkier portions of lamb, beef, chicken or salmon, and served with an unleavened bread, Russian pickles and a sometimes spicy tomato sauce. If your travels take you to Moscow’s Izmailovsky flea market (and it’s certainly a top 10 thing to see), you’ll find a range of market stalls serving shashlik sticks right off the grill. 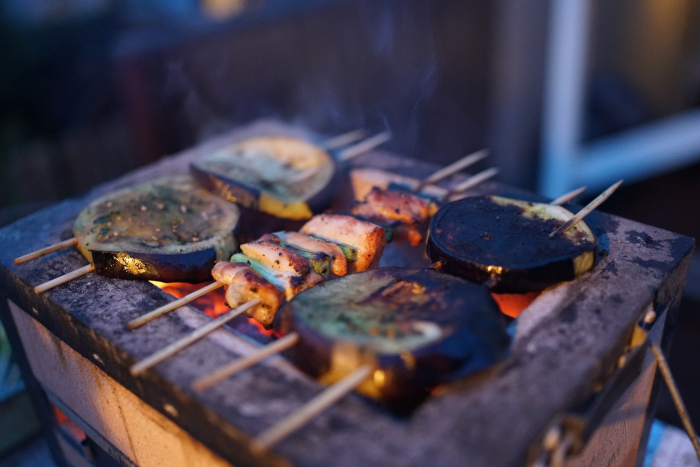 What’s different about Russian dumplings (pelmeni) are the tasty herbs added to the packed meat fillings of lamb, pork or beef and the thinness of the dough. You can also find fish (typically salmon) or creamy mushrooms as common fillers. When ordering them, you’ll be asked if you want to eat them solo (boiled) or served in a broth.

Russia’s mini pies (pirozhki) use similar fillings and herbs to dumplings, except they are encased in pastry and either pan-fried or oven-baked. Besides the typical meat or salmon fillings, however, you also get the additional choice of cabbage, potato, egg, cheese and even sweet fillings. Pirozhki make a great appetizer at a restaurant, as well as a quick bite from a street stall or bakery. 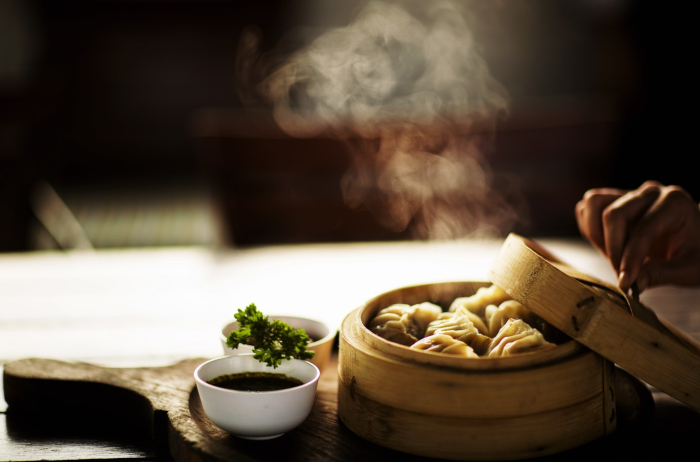 The intricate-looking cake medovik involves alternating ultra-thin layers of honey spongecake with sweetened (sour) cream. The thin layers are built-up to form the cake, from anywhere between 5 and 15 layers, topped off with a sprinkling of crushed sponge or nuts and left overnight to soften and absorb the cream. Fluffy and light to eat, but full-on in flavour and sweetness.

Another Russian dish that is served on dinner tables worldwide, eating stroganoff from its Russian source is everything you would expect– tastier, smoother and creamier than you’ve ever had at home. The credit goes in part to Russian sour cream, but Russia is also home to some of the best and widest variation of mushrooms. Coupled with interesting variations of hunting/game meats, you’ll definitely want to try this dish (again).

With a similar taste to stroganoff, but without meat, this creamy mushroom dish is found on almost every menu as a hot appetizer. Combining some of Russia’s ubiquitous ingredients and a hint of French obsession, it’s made with thinly sliced mushrooms, cheese, sour cream and cream and broiled/grilled for a crusty top, served in a dainty metal dish or bread crust. While this rich, small-serving dish may not impress foreigners with its basic ingredients, it’s a special dish in Russian cuisine. Indeed, mushrooms in any form are a must-try in Russia, where mushroom hunting could almost be considered a national pastime. When you’re fully creamed-out, try an assortment of pickled mushrooms instead. 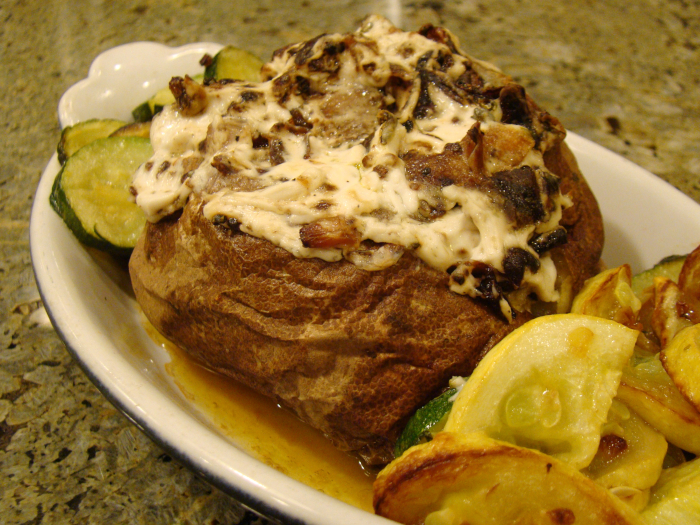 Besides sipping vodka from a shot glass, you’ll also find an interesting range of teas and alcoholic warm drinks worth trying. Tea, surprisingly, is a very popular drink in Russia, drunk traditionally from a samovar, which you might still find in some Russian-speciality restaurants. There are traditional drinks such as sbiten, a spicy hot drink flavoured with wine or honey, or ormors, which is made of berry juice and birch tree juice, but you might not find these readily available on menus.