Moscow is a huge and beautiful city. It is not strange that Moscow has a lot of really bizarre and strange buildings. However, they are still charming and attract not only tourists, but also people from Moscow itself. 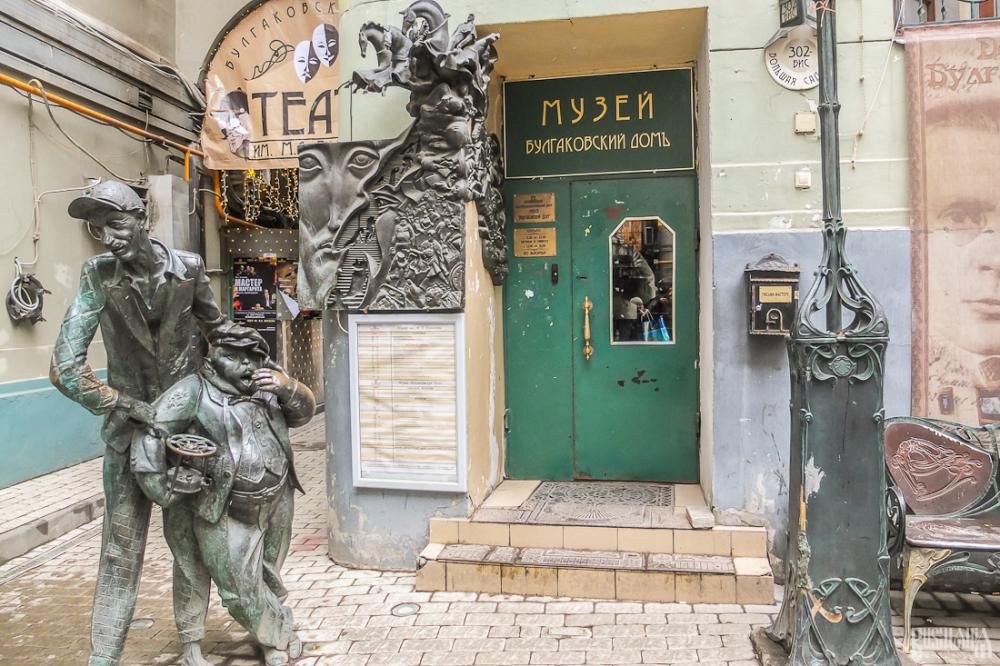 This place has its own mysterious atmosphere not because of architecture, but of the man, who lived there. Mikhail Bulgakov is a massive figure in both Russian and world literature. If you are familiar with his oeuvre, you will feel the connection between his house and his texts. If not, try to explore a little bit of his romans, novels and come to this place. Have a chance to see a shrine of a genius – his working place. A huge amount of books that show his love for the literature, very abnormal love for the literature, even for the writer. Blue walls of the room were creating a perfect environment for writing – it was Bulgakov’s huge wish to have them. In the corner of this room stands a secretaire from red wood – Bulgakov wrote “The Master and Margarita” there. So, if you love literature – this place will answer all your demands for “bizarre and unusual” house. Museum is located on Bolshaya Sadovaya street. 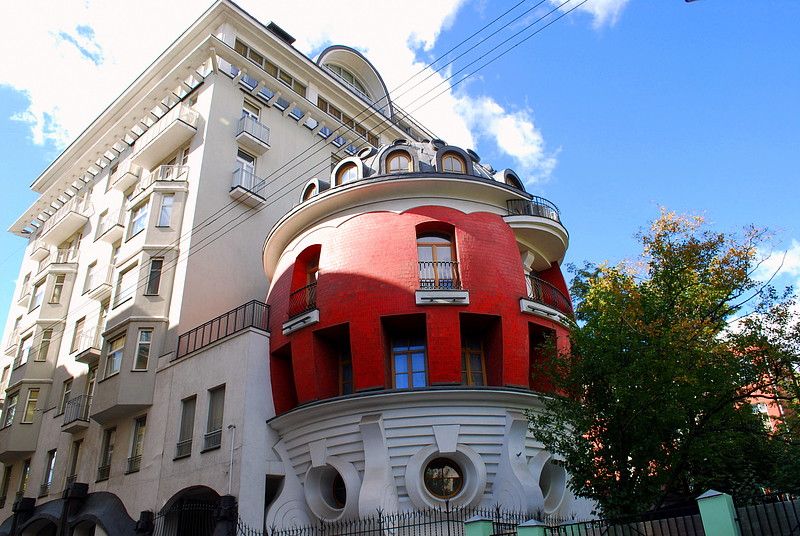 This house isn’t soaked with a greatness of a genius, but it is definitely unusual and bizarre. For example, this house was listed multiple times as one of the strangest houses in the whole world – it definitely says something. In spite of all the good things said, this place had a lot of problems with building. No, the complicated structure wasn’t really a problem. The government didn’t like the idea of having a giant egg on the street, because it “destroyed an atmosphere and architectural style of Mashkov street”. Luckily, everyone arranged the process and everything ended fine. Now, this is a 4-story building with a sauna, hall and gym on the first floor and the living rooms on the second, for the workers of these places. 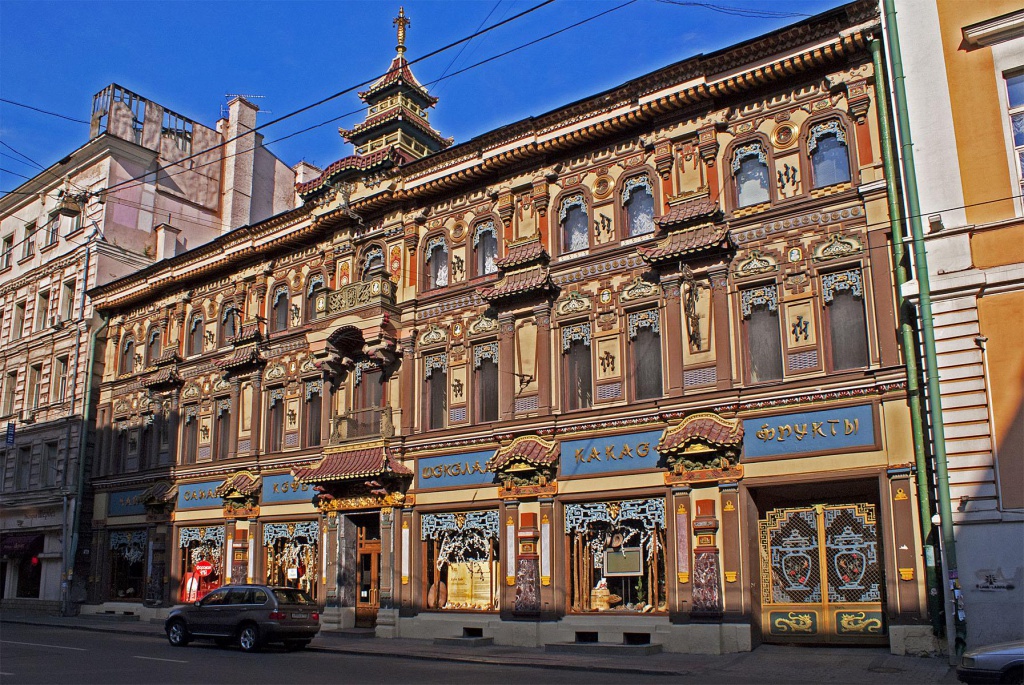 This building is not the thing that everyone expects from Moscow architecture. This is a piece of the ancient China. In XIX century it was Sergey Perlov’s tea shop. At first, house had a post-renaissance look, but Perlov wanted to impress people, so he decided to make this building as east as possible. Finally, architect Carl Hippius, finished this gorgeous tea house. Nowadays, Perlov’s tea dynasty is the biggest in the Russia. This house is a beginning, a start point of Russian tea culture. Earlier, this drink was really exotic and, nowadays, you can see it everywhere in Russia, everyone drinks it. This house is located on Myasnizkaya street, 19. 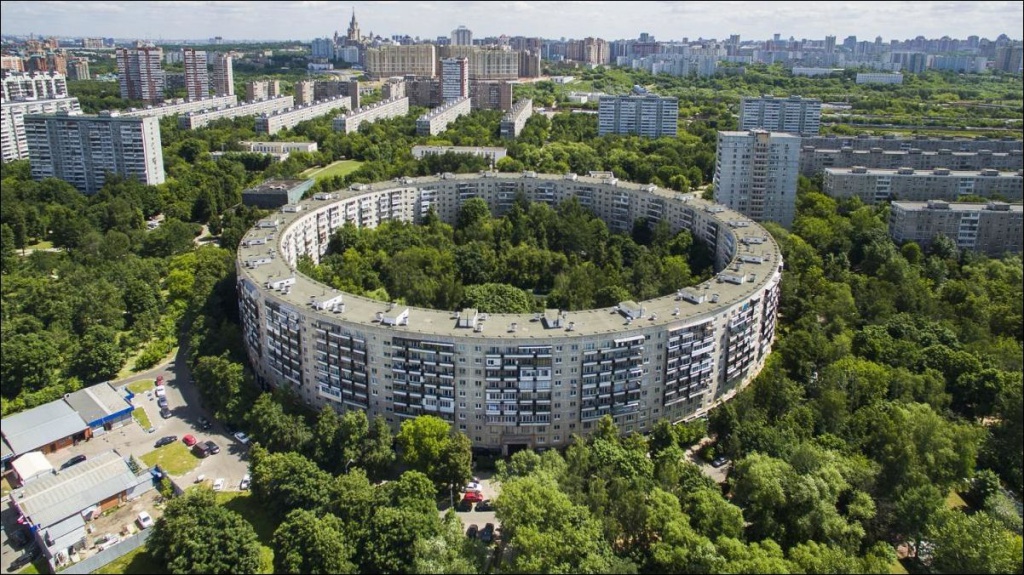 Moscow has two round houses – first on Nezhinskaya street, second on Dovzhenko street. Those house were built at the time of Olympic Games. At first, they were meant to be located in Olympic villages, and there had to be 5 of them, but these houses were too expensive and too laborious to build. They look like typical soviet-time buildings, but are built in a complete circle. House on Dovzhenko street has 926 flats and 23 entrances. Pretty hard to find your flat, don’t you think? A colossal, but not very practical house.